Report on the Provincial Conference of

“Advocacy on Elemination of Violence Against Women Law” project

At the end of the project a provincial conference was held on 6th   of Sept 2012 at the centre of Sar-e-pul province. In total there were 80 (50 male and 30 female) high profile government officials and community stakeholder of the province participants of the conference including. Wali (Governor) of Sar-e-pul province. Other high profile participants included the department heads of Women Affairs, Education, Provincial Council, Hajj & Awqaf, Information & Culture,  Police, and Human Righs Section of Police. Representatives of Ulama Council (Religiouus Council), Cultural Organizations, journalists and Civil Society Organizations also participated in the conference. Women rights and violence were the focus of the speeches of the speakers and the status of the women in Islam was the highlighted. All the speakers delivered speeches on the issue of violence against women and showed their strong commitment for elimination of violence against women. 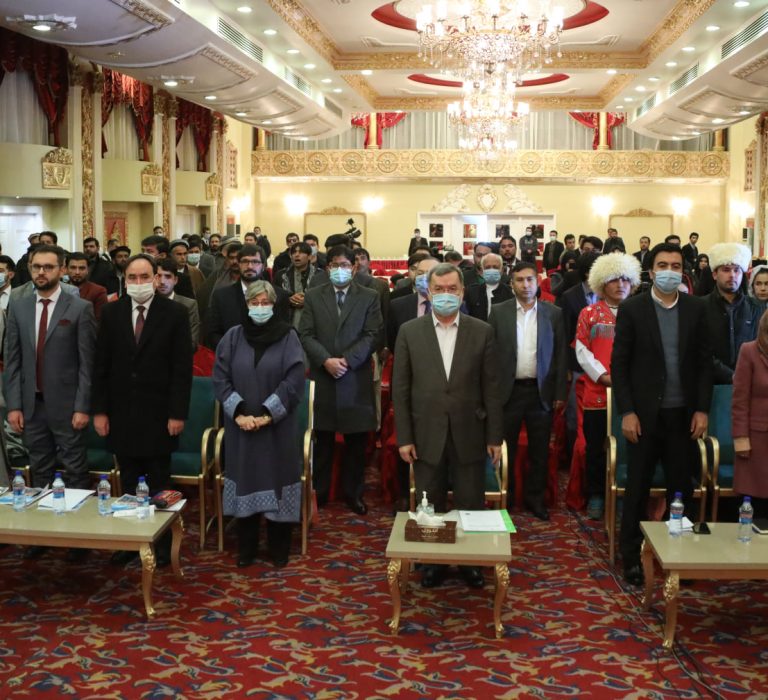 Mr. Asadullah Nazar the representative of HREVO specially travelled from Kabul for participating in the conference and delivered the opening speech. He thanked all of the organizations who helped in implementation of the project including the office of governor, women affairs, police, AIHRC, and CSHRN. He mentioned that women has direct role in the development of a society, therefore, women should be give opportunity to work. He also referred to the constitution of Afghanistan and different international conventions under which the government of Afghanistan is obliged to eliminate discrimination and violence against women. He said that no doubt there are many challenges in the way of women rights but all these challenges should be met with for women empowerment. He mentioned women themselves should also be active in elimination of violence by taking part in social and political process like elections. 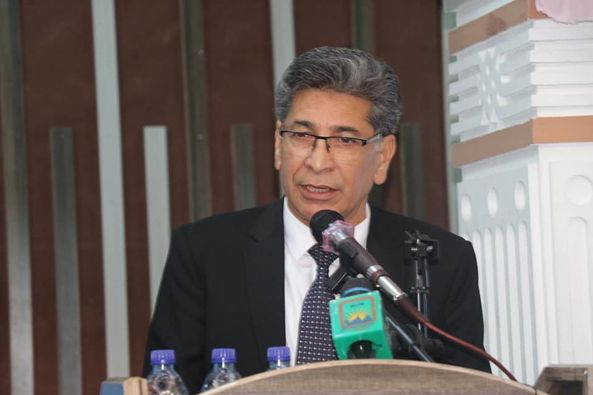 Mr. Abdula Jabar Haqbeen the Wali of Sar-e-pul province himself participated in the provincial conference and delivered speech on the role of women in a society. He said that without women participation a progressive society is not possible and stressed that women should participate in all sphere of the community life. He very specifically requested the SCA that the project should be extended for reaching the remote areas of the province as the problems of women are numerous and previously such like initiative has not been implemented in the province. He said that wider community awareness raising is needed through media, Mullhas, CSOs and government as they are in a position to play positive role for spreading the message to the grass community members. He said that practical measures shoud be taken for elimination of violence against women. He announced that as a governor of the province he will support all those women who are faced with violence and such women should approach the governor office for relief. He said that a girl has the right to decide to whom she want to be married but unfortunately because of the neglect of parents grils often flee home. He further said that how a father or brother or husband can claim to be a Muslim if they are commiting violence against their mother, sister, dauther or wife.  He mentioned that women had active role in Islamic history and encouraged that women should take part in all national spheres. He emphasized on the female education and showed his strong commitment for women empowerment.

Ms. Nasima Aarzo the head of women affairs participated in the provincial conference and delivered a speech. While referring to the achievements of the office, she mentioned that 91 cases of violence against women were registered during the first half of the year 2012, 137 during 2011 and 60 cases were registered in the year 2010. The cases were either settlement after discussion with family members or sent for legal follow up to the police and court of law. Major challenge in the way of women access to justice is activities armed insurgent groups, non-access of courts to remote areas, non awareness of the people regarding laws, bad traditions, non-cooperation of certain authorities and slow pursuance of the cases at court level.  In order to meet the challenge the ministry of women affairs has different programs for capacity building awareness raising and economic empowerment of women. She also mentioned that with the cooperation of the office of governor the ministry will implement activities in rural communities where community stakeholders, elders and Mullhas will be motivated women empowerment. , While refereeing to the problems of the women in the province, she mentioned the point that women have got enough information regarding their rights because of the project. 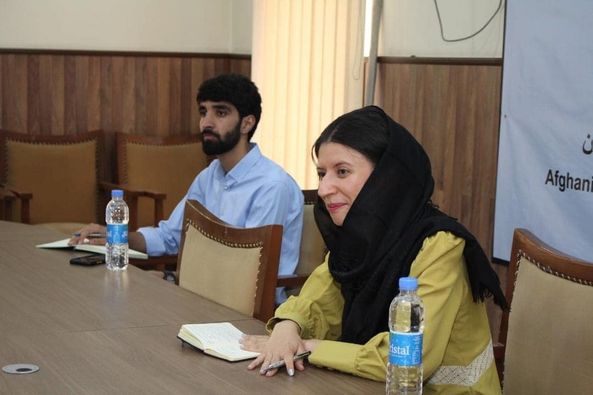 She said that the project was coordinated with the office of women affairs both at the centre and district level. She said women are faced with a lot of problems in the province and asked that judiciary and police should support women regarding the violence they face. She requested Mullahs and the religious scholars to support women rights and awareness raising in this behalf. She specially thanked and praised Swedish Committee Afghanistn (SCA) and HREVO for implementation of the project.

Mr. Mawlawi Abdul Ghani the deputy of the the provincial council participated in the provincial conference. In the start of his speech he emphasized the role of the ruler as the main deciding factor in the progress of a society. While referring to Surat Nisa of the holy Quran where it is mentioned that owning women as a property is not lawful for a Momen (Muslim) he said that a girl or widow has the right to opt whom she marry. He said if the family members of a girls or woman don’t allow her to get married of her choice, such a girl/women should come to I will take her to court of law and will get her married with the person whom she likes. Further he once again referred the holy Quran where it is said that Allah don’t change the lives of those who don’t struggle for changing his own life and he said that we should ourselves bring positive changes in our life.In the context he urged women to take part in social life and win their rights. He described that Islam is the fountain of the all the human rights standards which is enshrined in the Holy Quran and human rights is not new thing for us. He said women have the priority right in economy, bringing peace and even in the life after death. He mentioned that from legal point of view women have equal rights with men. He said illiteracy and bad traditions is hurdle in the way of women development. He said that women should be educated, economic opportunities should be created and awareness of community should be enhanced regarding women rights and in this way women will be empowered.

Mr. Wahidi an academician and a community elder while addressing in the conference he that in a life of 81 years I have observed hundreds of violence against women cases and most of them are related to not giving hand of a girl to the person of her choice. After telling few stories he concluded that violence against women is because of the illiteracy and low awareness level of the people in general and that of women in particular. He stressed that law should prevail and people should be aware of the fact only then we can get a violence free society.the head of Information and Culture Department of Sar-e-pul delivered the conference and mentioned the cultural aspect of violence against women. He cited few poems which referred to the fact that though human being are born with different background but in fact the nature of human being is one and the same. He said in the last decade different CSOs and media has played positive role in the awareness raising of the people. He said that it is the responsibility of the media to aware people for elimination of the violence not only against women but against all the human being. Media should reflect the views of learned people, Ulama and lawyers on the issues of rights of women and in this way block the way of illiterate people who want to impose their own law on people. He pointed out that cases of girl flee from home and getting married of her choice is usually catchy by media. The information of such cases are necessary for the people but it usually shatter the relations of the two families down to earth. He suggested that media should be very much sensitive in dealing with such issues which also include the sensitive regional issues. In the end he said that media should be free, fair and independent and it should move the society towards prosperity.

Mr. Abdul Ghafor Sarpuly the head of education office while addressing the conference said that men and women are parts of the same societies but unfortunately women could not get their required status in society because of certain factors. There were laws on women rights but it could not be implemented in past. Promulgation of EVAW law is  a good law and it will bring fortune for girls and women. He said that violence is hatred which is not a solution, people over here has tried the way of force but could not get the required results. He said that way to solution is the path of peace which brings health and prosperity to families and society. He suggest that school teacher should be trained on women rights as they can play positive role in bring change in the perception of community members. He also mentioned that awareness for students will bring long term change in the perception of community; therefore, the same activities should be implemented for schools students as well..

Ms. Jamila Jan a youth member presented a report regarding role of civil in reducing violence against women. She mentioned that well organized and well planned civil society can bring real changes in the society.

In the end Mr. Rashid the Trainer of the Sar-e-pul province thanked all the participants specially the Wali of the province. He also promised to deliver the suggestion of implementing larger conference for 400 people on the same issue which was made in the end of the conference.